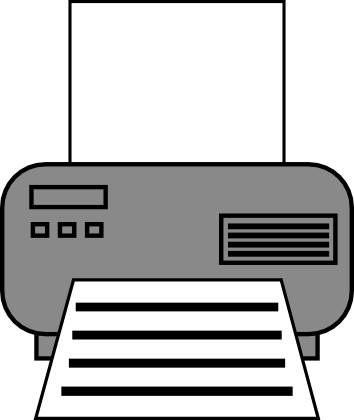 Psalm 73:1–3
Truly God is good to Israel, even to such as are of a clean heart.
But as for me, my feet were almost gone; my steps had well nigh slipped.
For I was envious at the foolish, when I saw the prosperity of the wicked.

If you have ever been envious of the wicked, you’re not alone. Asaph viewed the prosperity of the wicked and became envious of their seemingly-perfect lives. However, he learned something that can be extremely helpful to those of us endeavoring to live a Godly life in this world that is beckoning us to follow its allure.

Airbrushing is a technique used in the fashion industry to give men and women the appearance of flawlessness. After the photographs have been taken, photographers use a computer program to remove all appearance of freckles, wrinkles, cellulite, and other imperfections on the subjects of the photographs. Although the imperfections are still on the real people, they’ve been covered up in the photographs so that all the viewer sees is perfection. I can’t help but think of this technique when reading the description of the wicked given in Psalm 73:

Psalm 73:4–5
For there are no bands in their death: but their strength is firm.
They are not in trouble as other men; neither are they plagued like
other men.

People of the world may present themselves as if they have life all figured out. They don’t seem to have the same problems that we regular humans contend with. Their perfectly “airbrushed lives” appear to be free from any and all imperfections. The New English Translation translates these verses as follows:

Psalm 73:4–5 (New English Translation)
For they suffer no pain; their bodies are strong and well-fed.
They are immune to the trouble common to men; they do not suffer as other men do.

It appears to the rest of us that they are not dealing with leaky sinks, traffic, job-searching, coffee on white shirts, workplace disputes, family feuds, and anything else we average people deal with. At least this is what their “airbrushed lives” would lead us to believe.

The man who wrote Psalm 73 was Asaph. This Psalm is an honest depiction of how he was feeling and thinking at the time. When he began to see how perfect the lives of the wicked appeared to be, he began questioning whether his service to God was truly worth it, in the end.

In I Chronicles 16, we learn that during the time of David, when the children of Israel brought the ark of God into the tabernacle, David appointed some of the Levites to minister before the ark, and to thank and praise God. One of these appointed men was Asaph. It says in verse 37 that Asaph was chosen “…to minister before the ark continually, as every day’s work required.”

Although Asaph was a man who spent his days dedicated to the service of God, he was not immune to the influences of the world. Even today, those of us who have believed on Jesus Christ and desire to be living sacrifices unto him are not immune to the allure of the world. This is why the lessons Asaph learned and wrote in Psalm 73 still ring true to us today.

Psalm 73:6–8
Therefore pride compasseth them about as a chain; violence covereth them as a garment.
Their eyes stand out with fatness: they have more than heart could wish.
They are corrupt, and speak wickedly concerning oppression: they speak loftily.

These wicked men appeared to have more than the heart could wish for, despite the fact that their pride compassed them about as a chain. What an astute description of the world. In the book of Job, we find a similar depiction of the wicked.

Job 21:9–12
Their houses are safe from fear, neither is the rod of God upon them.
Their bull gendereth, and faileth not; their cow calveth, and casteth not her calf.
They send forth their little ones like a flock, and their children dance.
They take the timbrel and harp, and rejoice at the sound of the organ.

Doesn’t this just describe what we see around us? The lives of the men and women in the world appear free from any blemishes, stains, or wrinkles. They are joyful in their sin. Their children are dancing to the songs of their folly. Although Asaph and Job both described the wicked as ones who appeared to have no fears, no worries, no common trials, and even no fear of God’s wrath, Asaph learned something that changed the way he viewed the world.

Psalm 73:17–20
Until I went into the sanctuary of God; then understood I their end.
Surely thou didst set them in slippery places: thou castedst them down into destruction.
How are they brought into desolation, as in a moment! they are utterly consumed with terrors.
As a dream when one awaketh; so, O Lord, when thou awakest, thou shalt despise their image.

This description is dramatically different than the one we read earlier in the Psalm. Once Asaph went to the sanctuary of God, things changed. He had become discouraged by looking at the world, and in fact, he said his feet had almost slipped due to the pain of his thoughts. However, when Asaph went into the sanctuary of God, he received understanding. Words from God do not simply make us feel better. Feeling better doesn’t change anything, but understanding can. God didn’t tell Asaph, “Quit thinking about it;” God gave him truth. The words of God enable us to understand life. God gave Asaph a true understanding of the world, as God sees it. This gave Asaph a new way to understand what he saw around him.

To Asaph’s limited viewpoint, the wicked had all they could ask for and more, but what is their true destiny? How does God say that life ends for the wicked? God’s Word says that they are set on slippery places. They will be cast down to destruction. In a moment, they are consumed with terrors. (For another description of the destiny for those who put their trust in riches and not in an eternal God, read Psalm 49.) That’s not what Asaph saw on the cover of a magazine at the grocery store! After God revealed the destiny of the wicked, Asaph could see the foolishness of the way in which he viewed these people. He saw them as having no pains; God says they are consumed with terrors. Asaph had a choice to make. Which would be his source for truth―the things which he had seen and felt or the words of God?

There’s a figure of speech used here describing God as waking from a dream. We know that God doesn’t really sleep, but this powerful figure of speech shows us that, although the people of the world live as though there is no God, their dream is quickly going to vanish like a hallucination. (See Psalm 78:65, Psalm 44:23, and Jude 1:8, which also use this figure.) There will come a day when it will be made clear to all men that this world was only just a dream, and not the reality. The ways, ideas, and thoughts of the world are as trustworthy as a dream. If you dreamed that you were given $1 million, would you quit your job upon awaking? You probably would not because you know that a dream is not real, nor is it something to build your life upon.

Two things worth mentioning about dreams in this context are that they seem real at the time, and they always come to an end. The men and women of this world will wake up to the reality of an eternal God. We, however, can choose to be awake to these realities right now. This is what Asaph did. He realized his foolishness and ignorance in falling for the lure of the world. The world, after all, is not what it appears to be. A dream is nothing to desire or be envious of, because a dream isn’t real. However, the eternal God is worth desiring, because He is
very real.

Psalm 73:25–28 (New King James Version)
Whom have I in heaven but You? And there is none upon earth that I desire besides You.
My flesh and my heart fail; But God is the strength of my heart and my portion forever.
For indeed, those who are far from You shall perish; You have destroyed all those who desert You for harlotry.
But it is good for me to draw near to God; I have put my trust in the Lord GOD, That I may declare all Your works.

Our God is alive, and He is one to desire. The people of the world would have us believe that we are the ones living in a fantasy. However, we have believed on Jesus Christ, which enables us to wake up from the world’s dream-like state. We received a Word that gives us a new way to view the world, and a whole new life to live. Just as Asaph did, we can go into the sanctuary of God where we, too, can receive understanding. This understanding can change the way we view things around us. We would be wise to choose to believe what God says about the world and not allow ourselves to be allured by the airbrushed lives of the world. After all, God has already given us a behind-the-scenes look at what the world truly is, and where it is going. The world will come to an end, but we have been called to eternity.

Ephesians 5:14–17 (New King James Version)
Therefore He says: “Awake, you who sleep, Arise from the dead, And Christ will give you light.”
See then that you walk circumspectly, not as fools but as wise, redeeming the time, because the days are evil.
Therefore do not be unwise, but understand what the will of the Lord is.